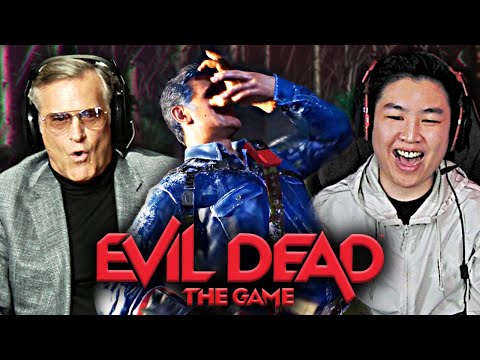 Saber Interactive continues the promotional campaign of Evil Dead: The Game by unveiling a whole new gameplay video lasting 10 minutes.
But the most interesting thing is that the actor Bruce Campbell – who, of course, lends his features and voice to the character ash Williams – takes part in this hemoglobin festival with his son, Andy.
The latter decided to slip into the skin of the Kandar daemon, while the four creators of content present in this video each embody a survivor.

We take this opportunity to remember that as any multiplayer-oriented production, each character will have their own skills, in addition to the many weapons that will be useful for inflicting a maximum of damage.

The exit of Evil Dead: The Game is scheduled for May 13 on Xbox Series X, Xbox Series, Xbox One, PS4, PS5 and PC, and later on Nintendo Switch.

View all posts by VENROXAS